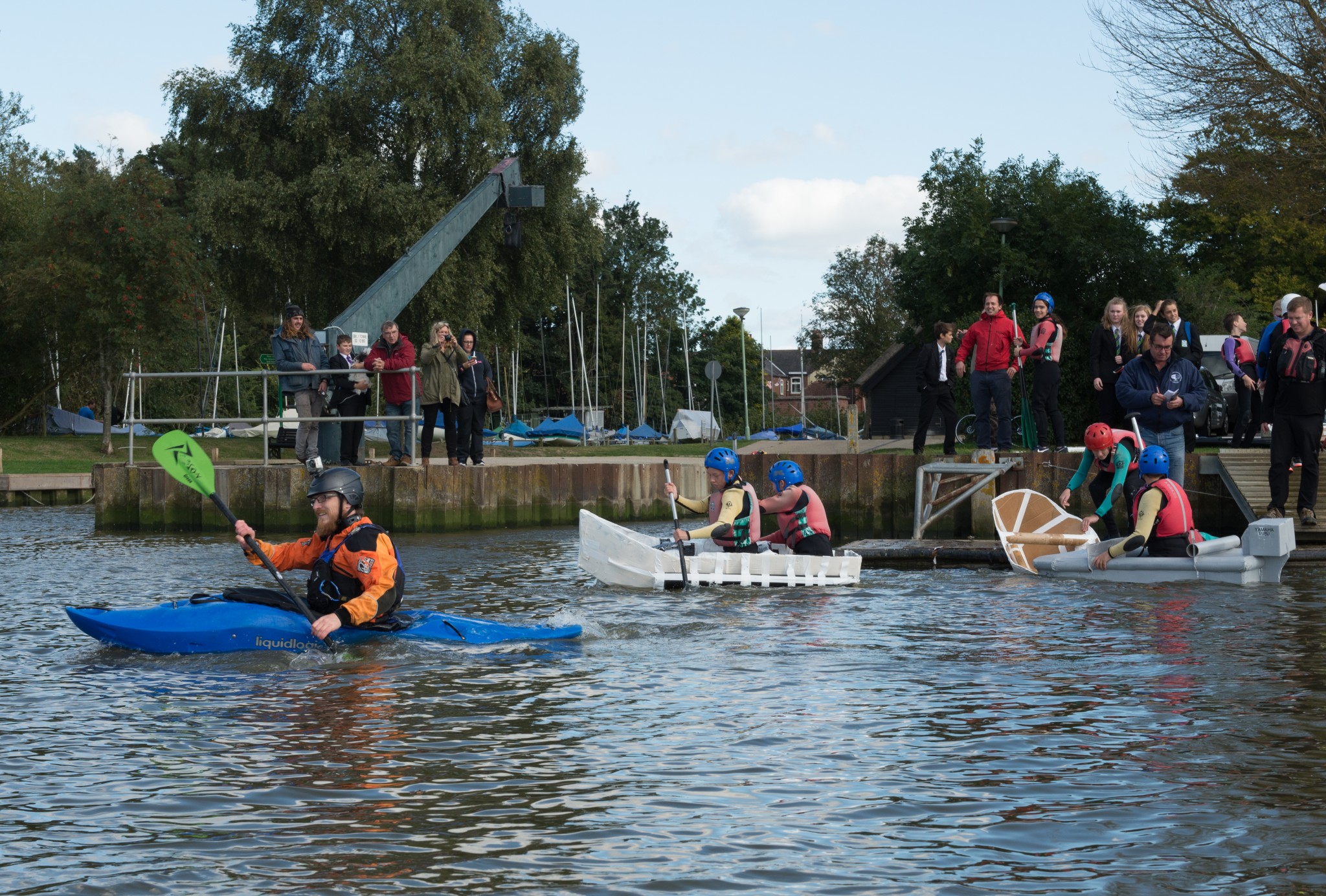 Sailing in a cardboard boat !!

Working with Ship Shape East Anglia the International Boatbuilding Training College (IBTC) based at Sea Lake Road, Oulton Broad issued a challenge to local high schools – build a cardboard boat and sail it on Oulton Broad with a crew of at least one person, maximum of 3 people powering it.

The challenge was the idea of IBTC student Ben Williams, a keen kayaker, who prepared the rules for the boat design and the competition. It was not possible to cover the hull in any plastic although tape on seams was allowed and the cardboard could be painted or varnished.

Many of the students had visited IBTC prior to the event to spend time with the instructors and the staff working on vessels in the commercial boatsheds to get some boatbuilding tips.

On the afternoon of Wednesday 5th October 4 high schools, Cliff Park Ormiston Academy, East Point Academy, Ormiston Denes and Pakefield School, brought their craft to the Oulton Broad Water Sports Centre for a technical inspection before taking part in heats to decide the winner of various prizes including the Titanic Award.  IBTC owner Mike Tupper who presented the prizes and a medal to every competitor said he was “really impressed by the imaginative designs and technical skills of the pupils and hopes this could become an annual event”.

The winners of the various prizes were as follows.

Event instigator Ben Williams of IBTC who was on the water in his kayak to provide support and extra safety cover, two boats from the water sports centre were also in attendance, said “it was amazing to see such determination once the boats were on the water, several of the craft lasted much longer than we expected when we issued the challenge”

The photograph shows Ben Williams of IBTC leading two of the boats to the buoy that marked the turning point of the course. A short video of the event can be viewed on ibtc.co.uk